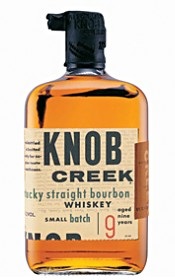 Knob Creek was one of the Bourbons that was recommended to me by almost everyone when I was asking for my first suggestions.  It was also my first 100+ proof whiskey, so the difference of a stronger glass of whiskey was something that struck me immediately.  At this point I’ve had my bottle for about 9 months and it’s nearly gone, so I have a bit of experience with this specific dram.

Knob Creek is one of the Small Batch Bourbons put out by Jim Beam and sons, and the only one I currently own.  I’ll try to get a few others and add it to the list fairly soon. END_OF_DOCUMENT_TOKEN_TO_BE_REPLACED 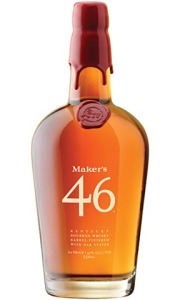 I’m now realizing that this is the whiskey that started my whole descent into whatever you might call this path that led me to start writing for Whiskey World Tour. The traditional Maker’s Mark was the third bottle of whiskey I ever purchased, following JD and Jameson, and the first one I really thought was very different. So when I started reading about it, and why it was so different from the others I had tried before, and read about the new form, 46, I was intrigued. Paired with the fact that I could find it no where amongst the every day liquor stores of New Jersey, the hunt for the rare became the fun of it all. And it all started with a red headed bottle named Maker’s 46.

The bottle is beautiful without being flashy. Smooth curves and no paper label suit this bottle well. The red wax topper that is usual for the Makers brand, sits proudly atop a cork, not a cap, and is matched by a rex wax seal that sits on the breast of the bottle like a gem. Overall, probably my second favorite bottle design of all the whiskeys I own (the first being Angel’s Envy by a nose). END_OF_DOCUMENT_TOKEN_TO_BE_REPLACED 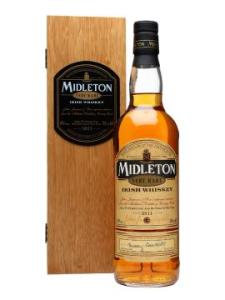 First off let me say that I owe this bottle of glory to my lovely girlfriend who bought it for me as a Christmas present.  It was a great present and not just because it was expensive.Also, this was the winner in my poll to see what the readers (however few you may be 😉 ) wanted to get a review of next.I’ll start as I usually do with the packaging.  The blond, wood-grain box that the bottle comes in is well made and is a great match to the fresh color and taste of this whiskey.  It comes with a personal registration card that you can send back to the distillery to let them know who purchased each numbered bottle.   It’s a corked bottle that has the same color cork stopper as the wood of the box and a beautiful gold and parchment label that really dresses up this traditional Irish whiskey bottle rather nicely.On the nose, you get something that not a lot of Irish whiskeys will give you, honey.  But its not the cloying honey that plagues some bourbons, its the fresh-light honey scent that really brightens up both the nose and the taste.  The spice that you would expect from a Midleton whiskey is there, reminiscent of the Redbreast (click to read my review of Redbreast 12), but it is much more mellow and has a very clean feel on the nose. END_OF_DOCUMENT_TOKEN_TO_BE_REPLACED

This is the first (and maybe only) beer I talk about on my whiskey blog.

Anyone who really knows me, knows that I am a terrible geek with a love for fantasy, and most of all in those fantasy worlds, Dwarves.  So when I happen to come across a beer brewery brewing a Dwarven Ale, complete with fanboy style background, I am beyond tempted.  I’m not a big beer drinker, but this has peaked my fancy to say the very least.  I will be ordering some, and will post a review after I get it.  Time to expand my horizons apparently.

“In yer hands is one of the finest dwarven ales known to man. Brewed… nay, forged by the Burdisson clan, this is the mighty ale of which legends speak.

Robust and flavorful, this beer proudly boasts a boldness that most elves fail to appreciate, and a subtle complexity only the most seasoned of men can comprehend.

Think you have what it takes to drink a legend? Grab a tankard and pour yerself some Burdisson’s Dwarven Ale!”

Delve deeper into this adventure at:
burdisson-brewery.fantasybrewmasters.com 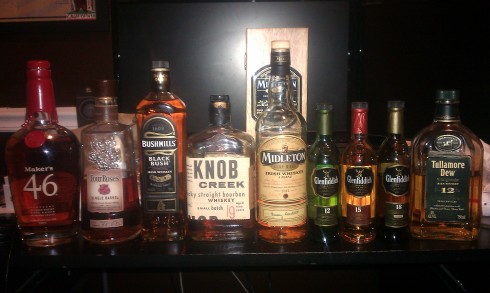 I have far too many choices at this point and I have no idea what to review next, and thats just in the bottles I own.  So I figured I’d see what you wanted an opinion on.  Maybe I have something you haven’t tried and would like a heads up on or about.  Anyway vote in the poll and I’ll review something this saturday night.

So enjoy, and I’d love to read the feedback so please vote if you have an opinion.

Great write-up by a mutual whiskey fan, G-Lo from boozedancing.wordpress.com Take a read and look through their blog, good stuff all around.

It's just the booze dancing...

While browsing Compass Box’s online whisky shop, I noticed the sampler set that you see in the above photo. This set includes five of their core expressions, presented in a black lacquered, clamshell box, and also comes with a tasting notes brochure. Although this sampler set was love at first sight, I was unwilling to part with the online price of $60+. But then about about two weeks ago, while shopping for a house warming present at Wine Works in Marlton, NJ, I noticed that they were selling this set for $40. All I can say is, “SOLD!“.

$40 for 250ML may seem expensive, but when you consider the cost of sampling these whiskies at a bar, this is an absolute bargain. Here is what a dram of these whiskies

This bourbon wasn’t even on my list of whiskey’s to try/buy but  the local store from which I buy my hooch had it at a pretty good deal so I picked it up.  I did note that it was a wheated whiskey, and being a lover of another wheated whiskey (Maker’s Mark and Maker’s Mark 46) I thought this might be a good selection.  Also this is a cask strength whiskey which was another thing I hadn’t delved into yet.  So those things combined, it seemed like a good exploratory purchase.  At 63.9% abv, this is by far the most potent whiskey in my collection, and it definitely lived up to that on the first dram, but I’ll get to that in a bit. END_OF_DOCUMENT_TOKEN_TO_BE_REPLACED